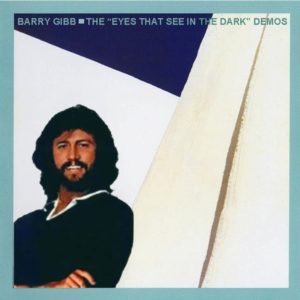 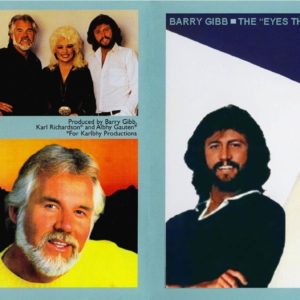 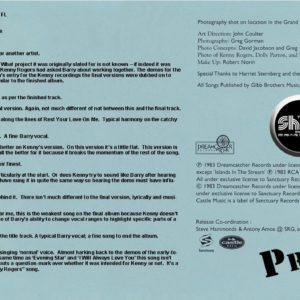 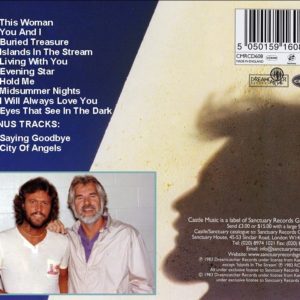 Barry Gibb, Eyes That See In The Dark. Barry’s third album for another artist.

Barry and Maurice wrote the title track around August 1982. What project it was originally slated for is not known – if indeed it was written with something specifically in mind. This was before Kenny Rogers had asked Barry about working together. The demos for the album proper began in early 1983. According to Joe Brennan’s entry for the Kenny recordings the final versions were dubbed on to these demos, so it’s hardly surprising that they sound so similar to the finished album.

01. This Woman
A nice chorus and a good opener. This demo is pretty much as per the finished track.
02. You And I
Barry sneaks in a falsetto overdub which was kept in the final version. Again, not much different of not between this and the final track.
03. Buried Treasure
This is a great song and could have been a Bee Gees B-side along the lines of Rest Your Love On Me. Typical harmony on the catchy chorus and a fine Barry lead vocal.
04. Islands In The Stream
The most notable thing about this demo is that it isn’t a duet. A fine Barry vocal.
05. Living With You
Another song with a typical Bee Gees chorus which sounds better on Kenny’s version. On this version it’s a little flat. This version is missing the vocal break “Loving you under my skin” and is all the better for it because it breaks the momentum of the rest of the song.
06. Evening Star
Jaunty verses and a catchy chorus. Barry and Maurice at their finest.
07. Hold Me
Barry sounds very similar to Kenny Rogers on this song, particularly at the start. Or does Kenny try to sound like Barry after hearing the demo? Interesting question … I doubt that Kenny would have sung it in quite the same way so hearing the demo must have influenced him somewhere along the way.
08. Midsummer Nights
The music is mixed slight too high and the vocal gets lost behind it. There isn’t much different to the final version, lyrically and musically it is the same.
09. I Will Always Love You
Barry begins this with a higher pitched, not-quite-falsetto. For me, this is the weakest song on the final album because Kenny doesn’t have Barry’s range. This demo is on a different level because of Barry’s ability to change vocal ranges to highlight specific parts of a song.
10. Eyes That See In The Dark
The only song not specifically written for the album became the title track. A typical Barry vocal; a fine song to end the album.
11. Saying Good-Bye
Unreleased.
A simple guitar and drum machine backing track, and Barry singing ‘normal’ voice. Almost harking back to the demos of the early-to-mid seventies in its’ feel. Although this was recorded at the same time as ‘Evening Star’ and ‘I Will Always Love You’ this song isn’t actually sung in Kenny’s key like all the others above. That puts a question-mark over whether it was intended for Kenny or not. It’s a typical sentimental Bee Gees number, but not really a “Kenny Rogers” song.
12. City Of Angels
Unreleased
Recorded around 1981. 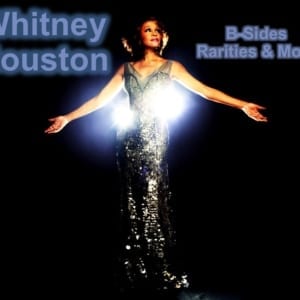 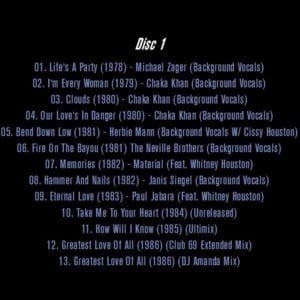 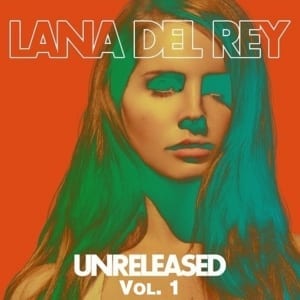 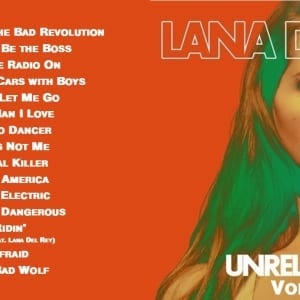 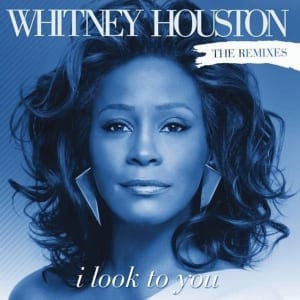 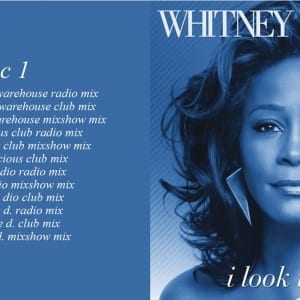 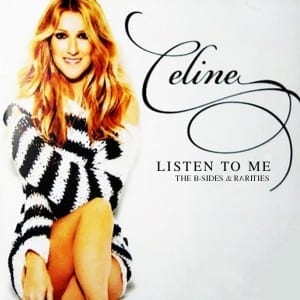 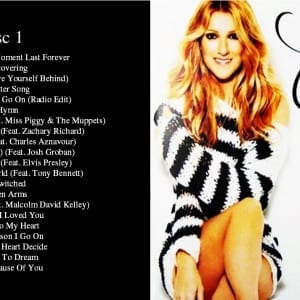 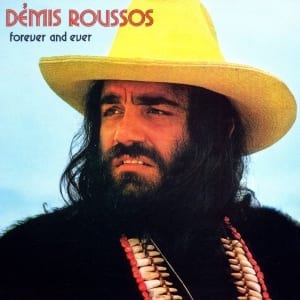 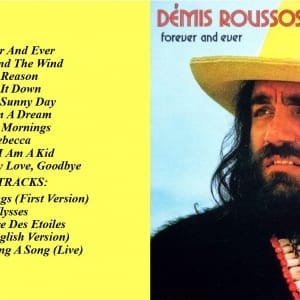 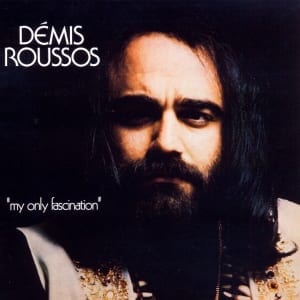 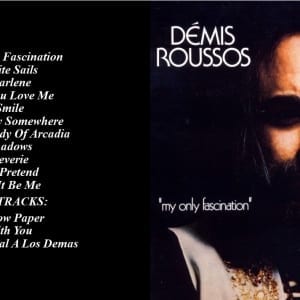 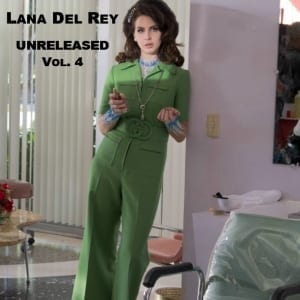 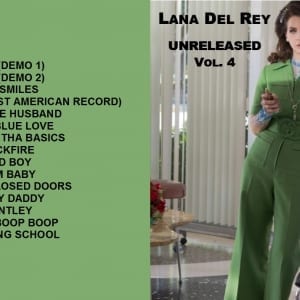